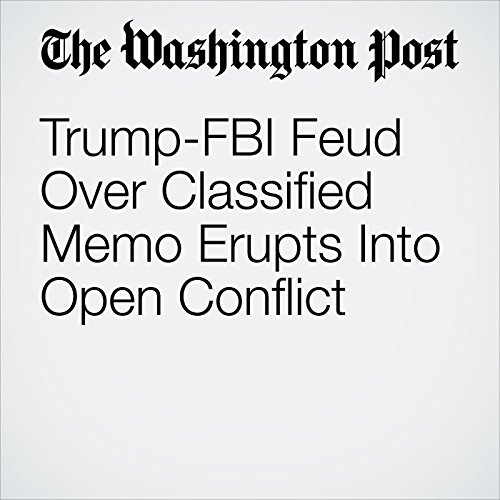 The long-simmering feud between President Trump and the Justice Department erupted into open conflict Wednesday when the FBI publicly challenged the president’s expected release of a contentious and classified memo related to the probe of Russian meddling in the 2016 election.

"Trump-FBI Feud Over Classified Memo Erupts Into Open Conflict" is from the January 31, 2018 Politics section of The Washington Post. It was written by Josh Dawsey, Devlin Barrett and Karoun Demirjian and narrated by Sam Scholl.