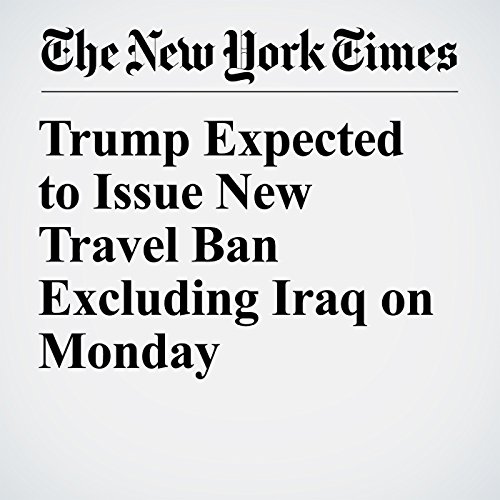 President Donald Trump is expected to issue on Monday a new version of his executive order on immigration that excludes Iraq, a key ally in the fight against the Islamic State, from a list of predominantly Muslim countries whose citizens will face temporary restrictions on travel to the United States.

"Trump Expected to Issue New Travel Ban Excluding Iraq on Monday" is from the March 05, 2017 U.S. section of The New York Times. It was written by Ron Nixon and Maggie Haberman and narrated by Kristi Burns.