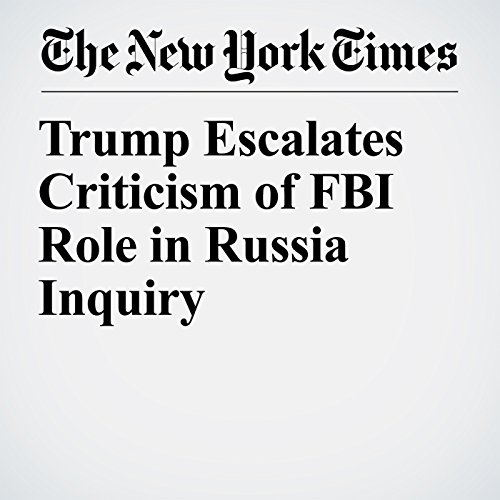 President Donald Trump escalated his criticism of the FBI on Friday over its investigation of possible links between Russia and his campaign, adding a new round of complaints to a growing conservative effort to discredit the inquiry.

"Trump Escalates Criticism of FBI Role in Russia Inquiry" is from the December 15, 2017 Politics section of The New York Times. It was written by Michael Tackett and narrated by Kristi Burns.