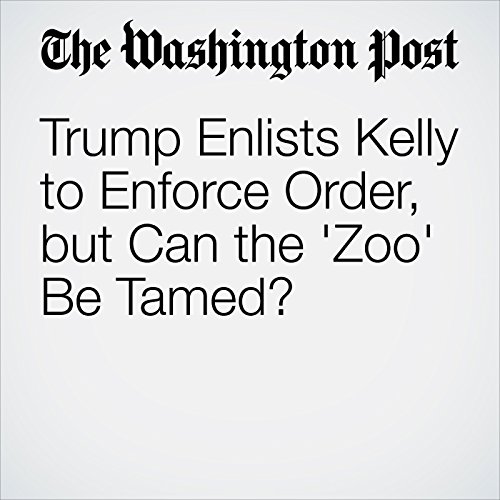 President Trump is trying to take command of his floundering administration by enlisting a retired four-star Marine general as his White House chief of staff, empowering a no-nonsense disciplinarian to transform a dysfunctional West Wing into the “fine-tuned machine” the president has bragged of running but which has not yet materialized.

"Trump Enlists Kelly to Enforce Order, but Can the 'Zoo' Be Tamed?" is from the July 29, 2017 Politics section of The Washington Post. It was written by Philip Rucker, Robert Costa and Dan Balz and narrated by Sam Scholl.