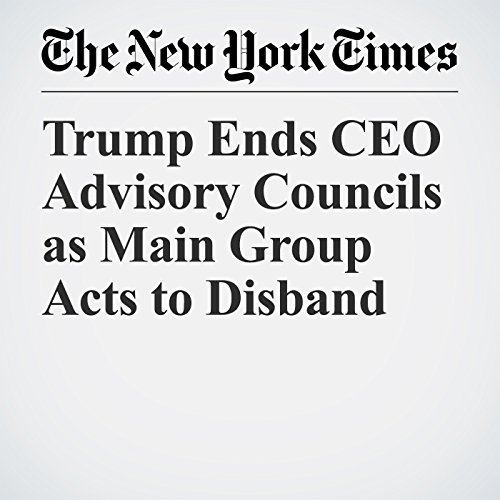 President Donald Trump’s main council of top corporate leaders disbanded on Wednesday following the president’s controversial remarks in which he equated white nationalist hate groups with the protesters opposing them. Soon after, the president announced on Twitter that he would end his executive councils, “rather than putting pressure” on executives.

"Trump Ends CEO Advisory Councils as Main Group Acts to Disband" is from the August 16, 2017 Business section of The New York Times. It was written by David Gelles, Landon Thomas Jr. and Kate Kelly and narrated by Keith Sellon-Wright.