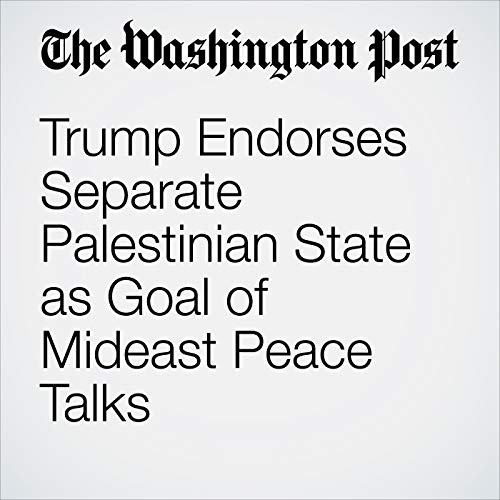 President Trump hopes to release his Middle East peace plan within two to four months and conclude a deal between Israel and the Palestinians, if one can be made, during his first term in office, he said Wednesday.

"Trump Endorses Separate Palestinian State as Goal of Mideast Peace Talks" is from the September 26, 2018 Politics section of The Washington Post. It was written by Anne Gearan andRuth Eglash and narrated by Sam Scholl.