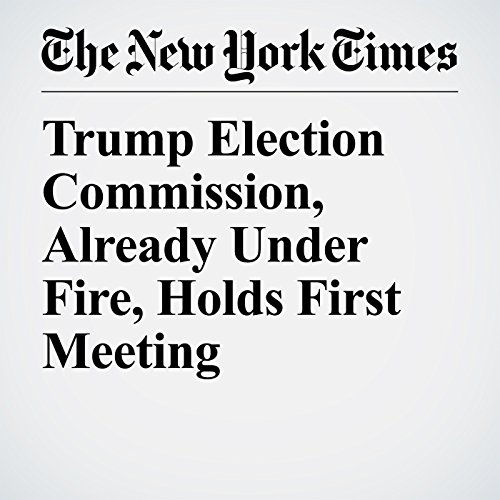 Since 2000, no fewer than three blue-ribbon commissions have been convened after contentious elections to examine what went wrong during the vote and how future elections might be improved. The one that was to assemble Wednesday, in a rococo 19th-century office building just steps from the White House, bears no resemblance to any of them.

"Trump Election Commission, Already Under Fire, Holds First Meeting" is from the July 19, 2017 World section of The New York Times. It was written by Michael Wines and narrated by Keith Sellon-Wright.