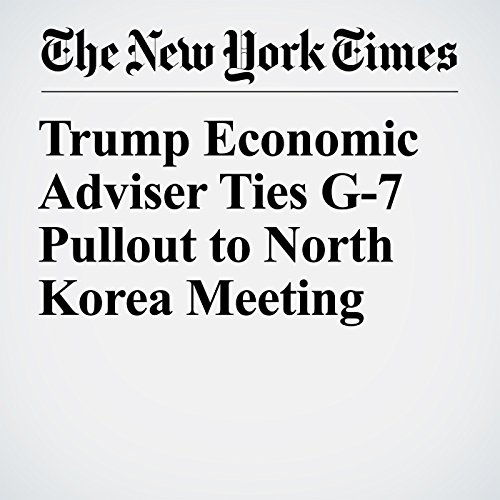 President Donald Trump’s top economic adviser said Sunday that Trump had pulled out of a joint statement with allies at the Group of 7 meeting over the weekend because a “betrayal” by the Canadian prime minister had threatened to make Trump appear weak before his summit meeting Tuesday with North Korea’s leader.

"Trump Economic Adviser Ties G-7 Pullout to North Korea Meeting" is from the June 10, 2018 U.S. section of The New York Times. It was written by Noah Weiland and narrated by Barbara Benjamin-Creel.