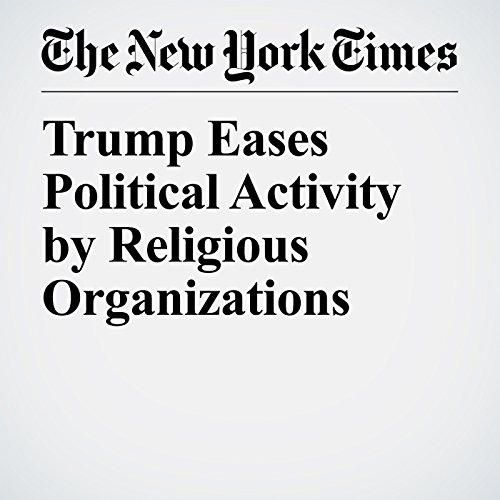 President Donald Trump pledged Thursday to protect religious liberty in the United States, telling a gathering of faith leaders that pastors should be allowed to endorse candidates without fear that their churches will lose tax-exempt status.

"Trump Eases Political Activity by Religious Organizations" is from the May 04, 2017 U.S. section of The New York Times. It was written by Michael D. Shear and narrated by Kristi Burns.