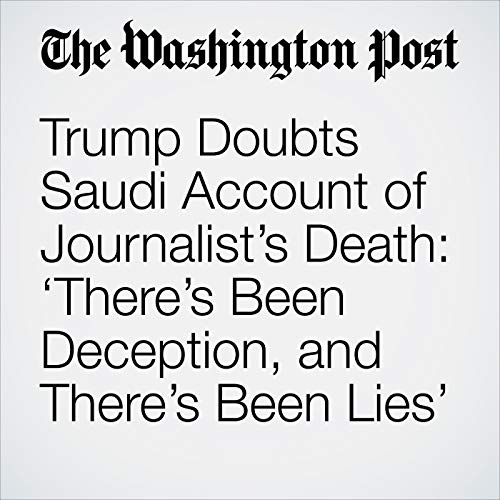 "Trump Doubts Saudi Account of Journalist’s Death: ‘There’s Been Deception, and There’s Been Lies’" is from the October 20, 2018 National section of The Washington Post. It was written by Josh Dawsey, John Hudson and Anne Gearan and narrated by Sam Scholl.