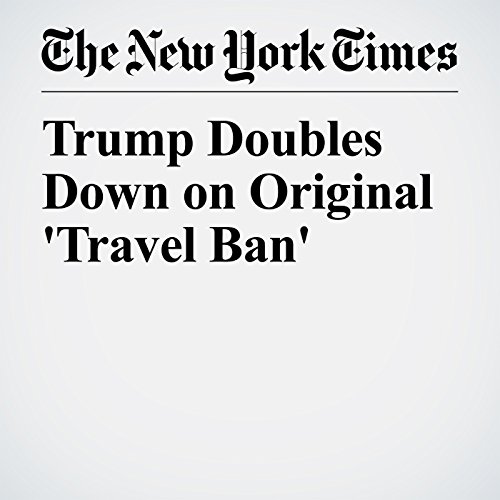 President Donald Trump rebelled Monday against his own advisers who “watered down” his original executive order barring visitors from select Muslim-majority countries from entering the United States and who insisted on calling it something other than a travel ban.

"Trump Doubles Down on Original 'Travel Ban'" is from the June 05, 2017 U.S. section of The New York Times. It was written by Peter Baker and narrated by Kristi Burns.