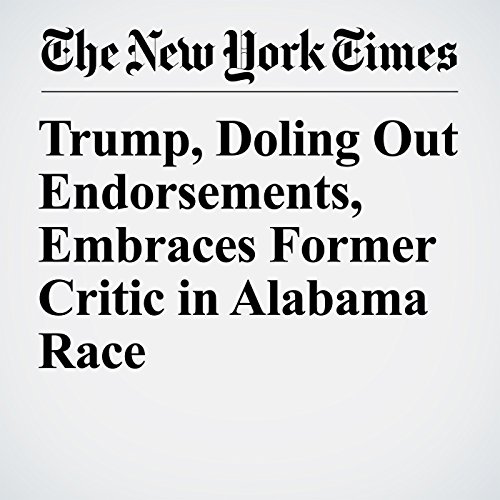 President Donald Trump moved Friday to leave an even deeper mark on Republican primary season, boosting a personal ally who is running for governor of Florida and extending political clemency to a former critic, Rep. Martha Roby of Alabama, who is in a difficult race for re-election.

"Trump, Doling Out Endorsements, Embraces Former Critic in Alabama Race" is from the June 22, 2018 U.S. section of The New York Times. It was written by Alexander Burns and narrated by Barbara Benjamin-Creel.