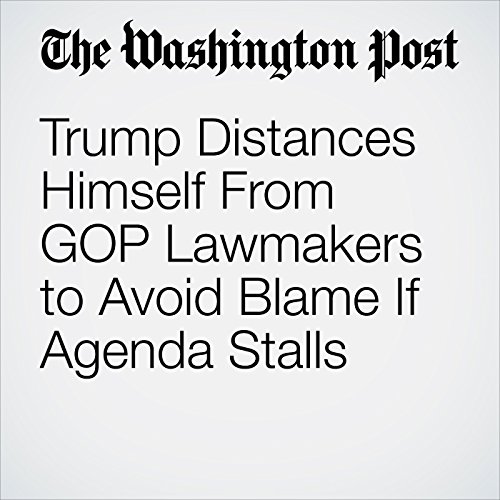 Trump deepened the fissures in the party on Thursday when he accused the top two leaders on Capitol Hill of mismanaging a looming showdown over the nation’s borrowing authority. Republican lawmakers and aides responded to the president’s hostility with broadsides and warnings of their own.

"Trump Distances Himself From GOP Lawmakers to Avoid Blame If Agenda Stalls" is from the August 24, 2017 Politics section of The Washington Post. It was written by Philip Rucker, Sean Sullivan and Mike DeBonis and narrated by Jenny Hoops.