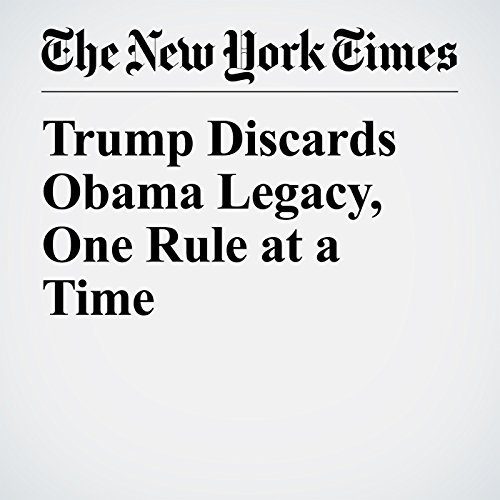 An obscure law known as the Congressional Review Act gives lawmakers 60 legislative days to overturn major new regulations issued by federal agencies. After that window closes, sometime in early May, the process gets much more difficult: Executive orders by the president can take years to unwind regulations — well beyond the important 100-day yardstick for new administrations.

"Trump Discards Obama Legacy, One Rule at a Time" is from the May 01, 2017 U.S. section of The New York Times. It was written by Michael D. Shear and narrated by Keith Sellon-Wright.