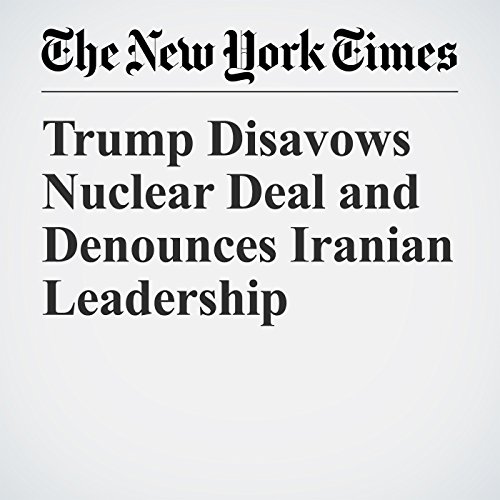 President Donald Trump on Friday made good on a long-running threat to disavow the Iran nuclear deal that was negotiated by his predecessor, Barack Obama. But he stopped short of unraveling the accord or even rewriting it, as the deal’s defenders had once feared.

"Trump Disavows Nuclear Deal and Denounces Iranian Leadership" is from the October 13, 2017 World section of The New York Times. It was written by Mark Landler and David E. Sanger and narrated by Barbara Benjamin-Creel.