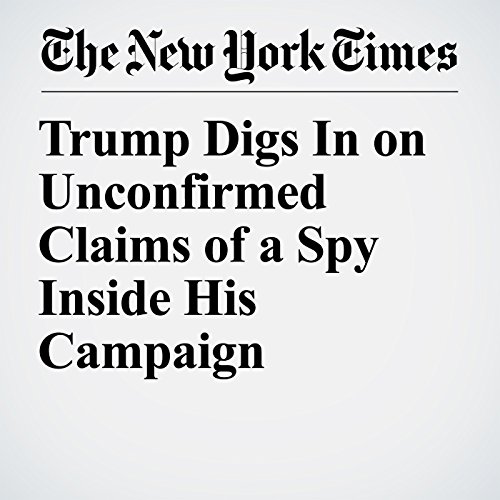 President Donald Trump accused federal investigators Wednesday of using a spy inside his campaign, repeating unconfirmed claims and saying it could be one of the “biggest political scandals in history,” as administration officials bowed to political pressure to change plans to share information about the informant with Congress.

"Trump Digs In on Unconfirmed Claims of a Spy Inside His Campaign" is from the May 24, 2018 U.S. section of The New York Times. It was written by Eileen Sullivan and Nicholas Fandos and narrated by Keith Sellon-Wright.