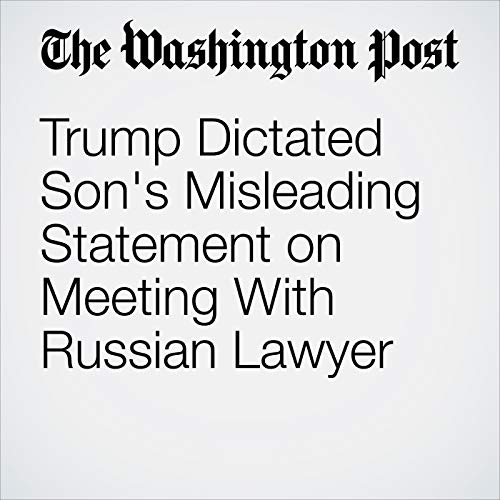 On the sidelines of the Group of 20 summit in Germany last month, President Trump’s advisers discussed how to respond to a new revelation that Trump’s oldest son had met with a Russian lawyer during the 2016 campaign — a disclosure the advisers knew carried political and potentially legal peril.

"Trump Dictated Son's Misleading Statement on Meeting With Russian Lawyer" is from the July 31, 2017 Politics section of The Washington Post. It was written by  Ashley Parker, Carol D. Leonnig, Philip Rucker and Tom Hamburger and narrated by Sam Scholl.