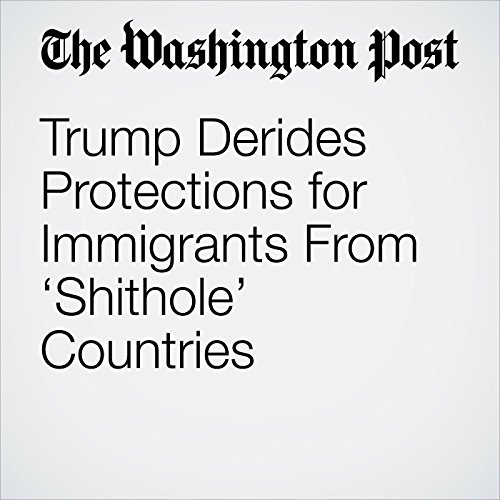 President Trump grew frustrated with lawmakers Thursday in the Oval Office when they discussed protecting immigrants from Haiti, El Salvador and African countries as part of a bipartisan immigration deal, according to several people briefed on the meeting.

"Trump Derides Protections for Immigrants From ‘Shithole’ Countries" is from the January 12, 2018 Politics section of The Washington Post. It was written by Josh Dawsey and narrated by Jenny Hoops.