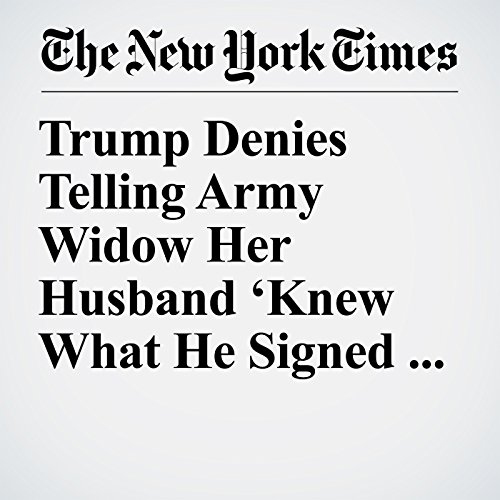 President Donald Trump has denied a congresswoman’s account that he told a grieving soldier’s widow in a phone call that the soldier “knew what he signed up for,” saying on Wednesday that the Democratic representative’s description was “totally fabricated.”

"Trump Denies Telling Army Widow Her Husband ‘Knew What He Signed Up For’" is from the October 18, 2017 U.S. section of The New York Times. It was written by Eileen Sullivan and narrated by Keith Sellon-Wright.