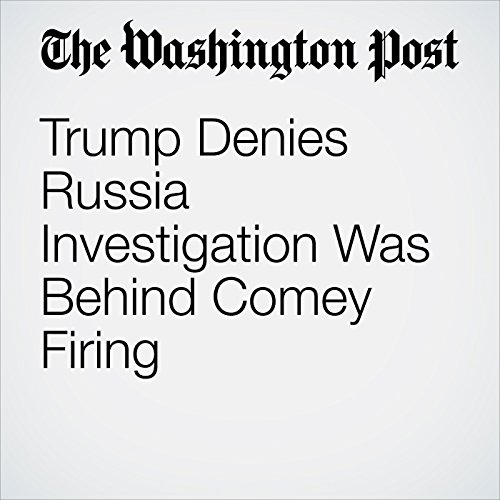 President Trump on Wednesday took to Twitter to deny that he fired James B. Comey as FBI director because of the bureau’s “phony” investigation into Russian interference in the 2016 elections, including possible interaction with the Trump campaign.

"Trump Denies Russia Investigation Was Behind Comey Firing" is from the April 18, 2018 Politics section of The Washington Post. It was written by John Wagner, Devlin Barrett and narrated by Sam Scholl.