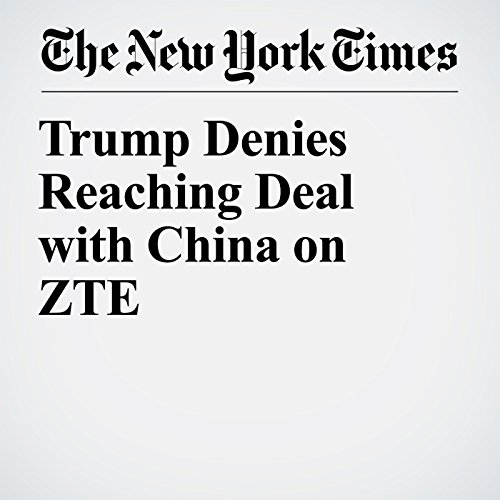 President Donald Trump declared on Tuesday that he was not happy with how recent trade talks with China had gone, and said the United States had not reached a deal to suspend penalties on the Chinese telecom firm ZTE, disputing reports that the administration had decided to go easy on the company in return for trade concessions.

"Trump Denies Reaching Deal with China on ZTE" is from the May 22, 2018 Business section of The New York Times. It was written by Ana Swanson and Jim Tankersley and narrated by Keith Sellon-Wright.