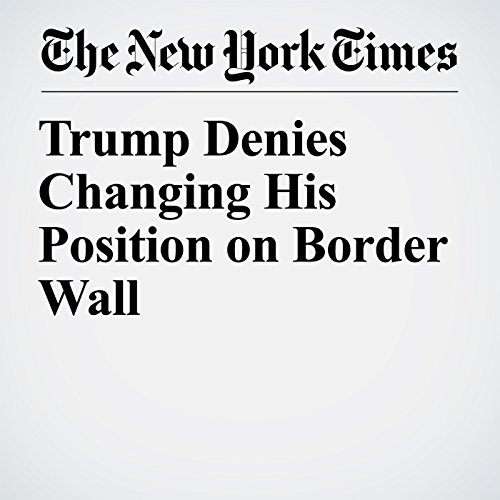 President Donald Trump directly contradicted his own chief of staff on Thursday and said his position on building a wall between the United States and Mexico had not “evolved.”

"Trump Denies Changing His Position on Border Wall" is from the January 18, 2018 U.S. section of The New York Times. It was written by Eileen Sullivan and Maggie Haberman and narrated by Caroline Miller.