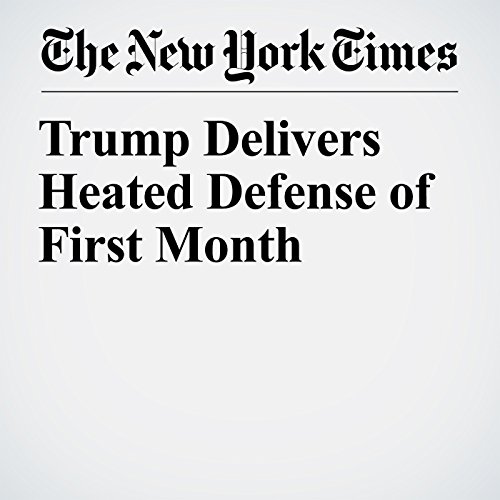 At a hastily organized White House event ostensibly to announce a new nominee for labor secretary, R. Alexander Acosta, Trump engaged in an extended attack on the news media and insisted that his new administration was not a chaotic operation but a “fine-tuned machine.” Any challenges, he said, were not his fault. “To be honest, I inherited a mess,” he said.

"Trump Delivers Heated Defense of First Month" is from the February 17, 2017 U.S. section of The New York Times. It was written by Peter Baker and narrated by Caroline Miller.