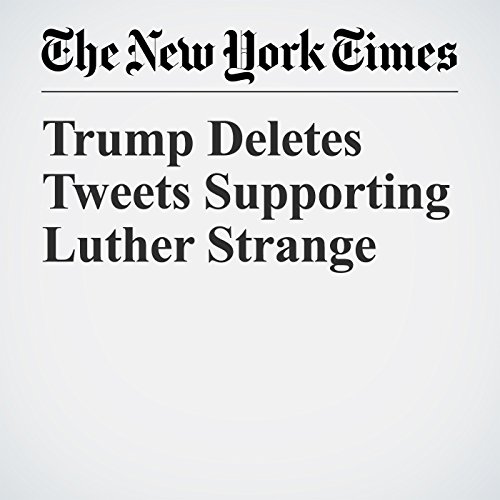 After enthusiastically endorsing an Alabama senator’s campaign for re-election, President Donald Trump distanced himself on Tuesday night from the candidate’s loss in the most Trumpian way possible: He deleted his supportive tweets.

"Trump Deletes Tweets Supporting Luther Strange" is from the September 27, 2017 U.S. section of The New York Times. It was written by Russell Goldman and narrated by Keith Sellon-Wright.