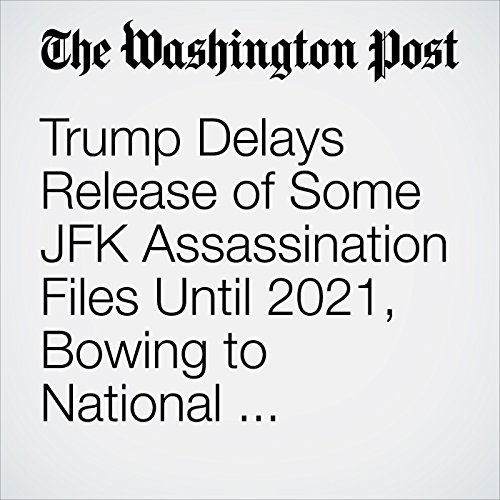 After President Trump vowed last year to release all the long-secret files related to the JFK assassination, the administration announced Thursday that some documents will be withheld until October 2021 for national security reasons.

"Trump Delays Release of Some JFK Assassination Files Until 2021, Bowing to National Security Concerns" is from the April 26, 2018 National section of The Washington Post. It was written by Ian Shapira and narrated by Sam Scholl.