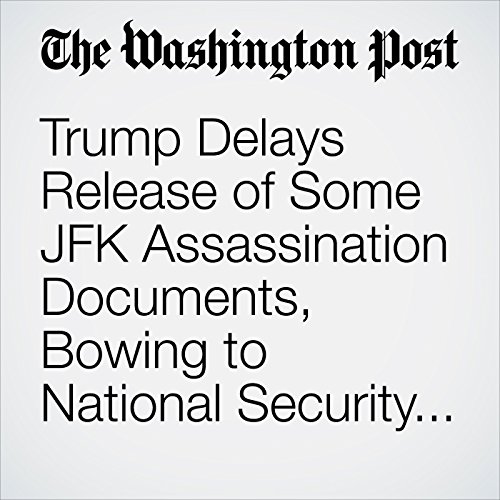 President Trump delayed on Thursday evening the release of thousands of pages of classified documents related to the John F. Kennedy assassination, bowing to pressure from the CIA, FBI and other federal agencies still seeking to keep some final secrets about the nearly 54-year-old investigation.

"Trump Delays Release of Some JFK Assassination Documents, Bowing to National Security Concerns" is from the October 27, 2017 National section of The Washington Post. It was written by Ian Shapira, Steve Hendrix and Carol D. Leonnig and narrated by Jenny Hoops.