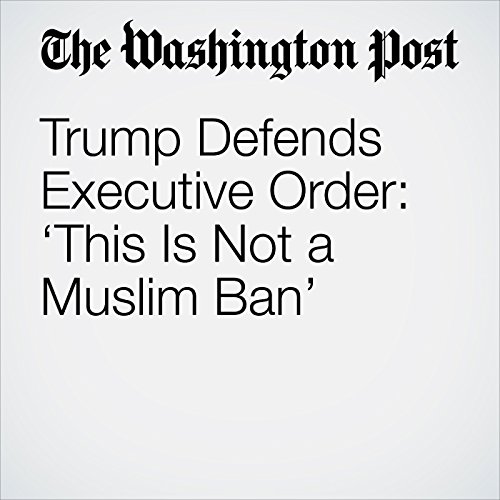 “To be clear, this is not a Muslim ban, as the media is falsely reporting,” Trump said in the statement. “This is not about religion — this is about terror and keeping our country safe. There are over 40 different countries worldwide that are majority Muslim that are not affected by this order.”

"Trump Defends Executive Order: ‘This Is Not a Muslim Ban’" is from the January 29, 2017 World section of The Washington Post. It was written by Brady Dennis and Jerry Markon and narrated by Sam Scholl.