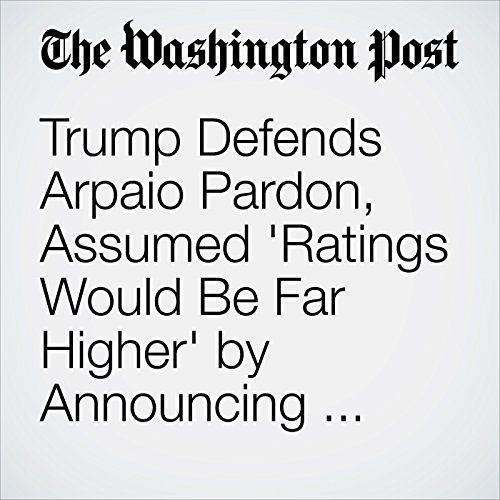 Speaking at a joint news conference with the president of Finland, Trump made his first comments on Arpaio since his decision to pardon the Arizona lawman Friday — defending both the timing of the pardon late Friday evening, as Harvey made landfall, and the decision itself.

"Trump Defends Arpaio Pardon, Assumed 'Ratings Would Be Far Higher' by Announcing During Hurricane" is from the August 28, 2017 Post Politics section of The Washington Post. It was written by Ashley Parker and narrated by Sam Scholl.