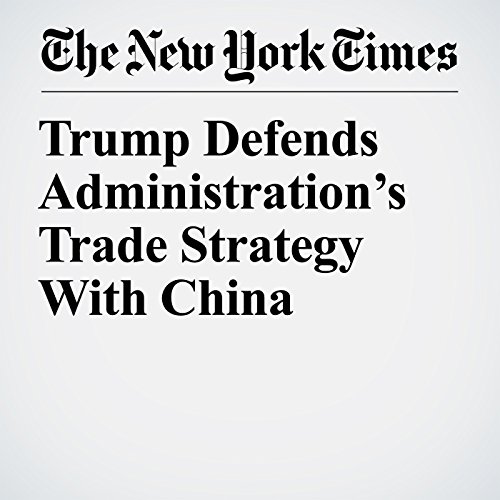 President Donald Trump defended his administration’s approach to resolving a trade war with China in a series of tweets Monday, following three days of negotiations with the Chinese that ended with little clarity.

"Trump Defends Administration’s Trade Strategy With China" is from the May 21, 2018 U.S. section of The New York Times. It was written by Eileen Sullivan and Alan Rappeport and narrated by Keith Sellon-Wright.