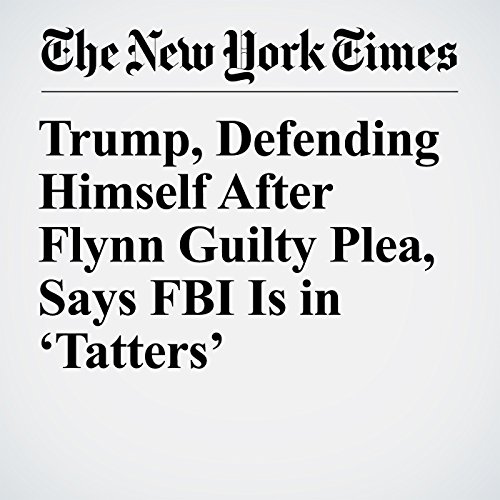 President Donald Trump lashed out at the FBI on Sunday, defending himself after the guilty plea by his former national security adviser, Michael Flynn, by charging that the bureau’s reputation was “in tatters — worst in history” and denying that he had told his first FBI director to end the Flynn investigation.

"Trump, Defending Himself After Flynn Guilty Plea, Says FBI Is in ‘Tatters’" is from the December 03, 2017 U.S. section of The New York Times. It was written by Michael D. Shear and narrated by Keith Sellon-Wright.