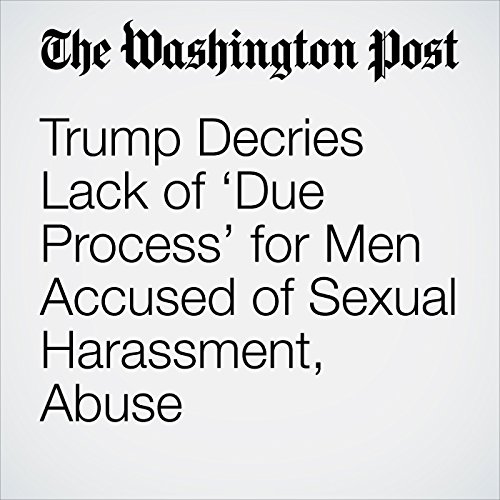 Trump Decries Lack of ‘Due Process’ for Men Accused of Sexual Harassment, Abuse

President Trump on Saturday appeared to side with men accused of domestic abuse or sexual misconduct, following a week of turmoil surrounding allegations of spousal abuse against two male aides that brought the national #MeToo movement inside the White House.

"Trump Decries Lack of ‘Due Process’ for Men Accused of Sexual Harassment, Abuse" is from the February 10, 2018 Politics section of The Washington Post. It was written by Anne Gearan and Katie Zezima and narrated by Sam Scholl.

Trump has a point

Although he lacks credibility on this subject, he is entirely correct that due process must be observed. The mere act of being accused of harassment has a devastating impact on reputations and careers