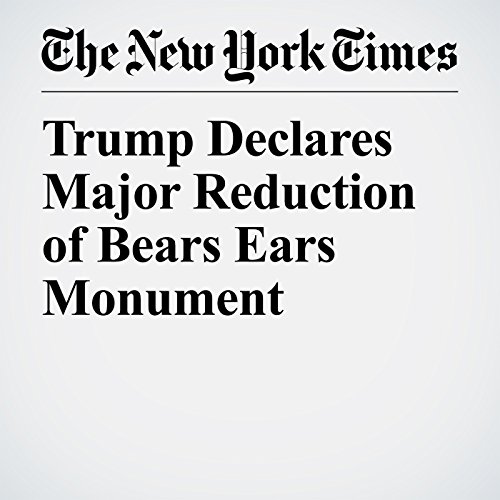 President Donald Trump said he would dramatically reduce the size of a vast expanse of protected federal land in Utah on Monday, a rollback of some 2 million acres that is the largest in scale in the nation’s history.

"Trump Declares Major Reduction of Bears Ears Monument" is from the December 04, 2017 U.S. section of The New York Times. It was written by Julie Turkewitz and narrated by Keith Sellon-Wright.