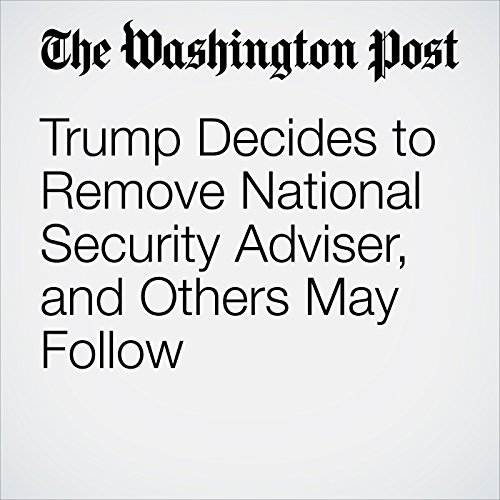 President Trump has decided to remove H.R. McMaster as his national security adviser and is actively discussing potential replacements, according to five people with knowledge of the plans, preparing to deliver yet another jolt to the senior ranks of his administration.

"Trump Decides to Remove National Security Adviser, and Others May Follow" is from the March 15, 2018 Politics section of The Washington Post. It was written by Ashley Parker, Josh Dawsey, Philip Rucker, Carol D. Leonnig and narrated by Jenny Hoops.