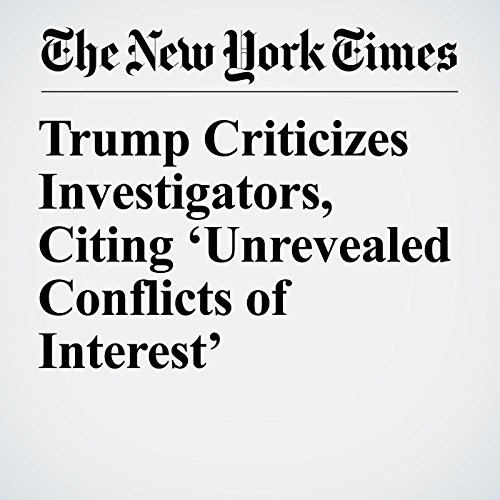 President Donald Trump trained his rancor on federal investigators Monday and appeared to warn that negative material would emerge about the prosecutors leading the inquiry into Russia’s interference in the 2016 election.

"Trump Criticizes Investigators, Citing ‘Unrevealed Conflicts of Interest’" is from the May 07, 2018 U.S. section of The New York Times. It was written by Eileen Sullivan and narrated by Keith Sellon-Wright.