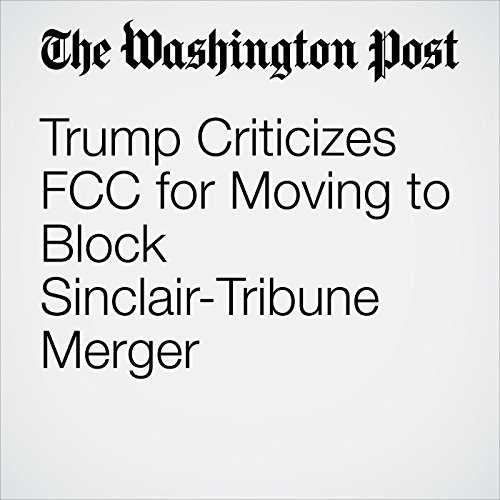 President Trump came to the defense of Sinclair Broadcast Group’s proposed merger with Tribune Media, days after the Federal Communications Commission raised “serious concerns” about the deal and began legal proceedings to challenge it on grounds the companies had misled regulators.

"Trump Criticizes FCC for Moving to Block Sinclair-Tribune Merger" is from the July 25, 2018 Tech section of The Washington Post. It was written by Tony Romm and Brian Fung and narrated by Sam Scholl.