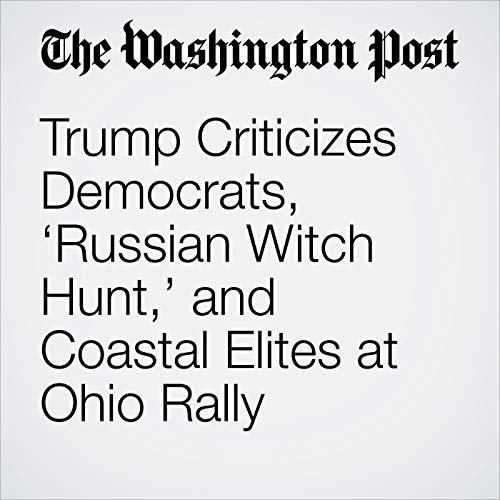 President Trump used his third campaign rally this past week to relive his 2016 election-night victory, press his hard-line immigration policies and take aim at his favorite villains — everyone from the Democrats and the “Russian witch hunt” to the coastal elites and the “fake news media.”

"Trump Criticizes Democrats, ‘Russian Witch Hunt,’ and Coastal Elites at Ohio Rally" is from the August 04, 2018 Politics section of The Washington Post. It was written by Ashley Parker and Amy B Wang and narrated by Sam Scholl.