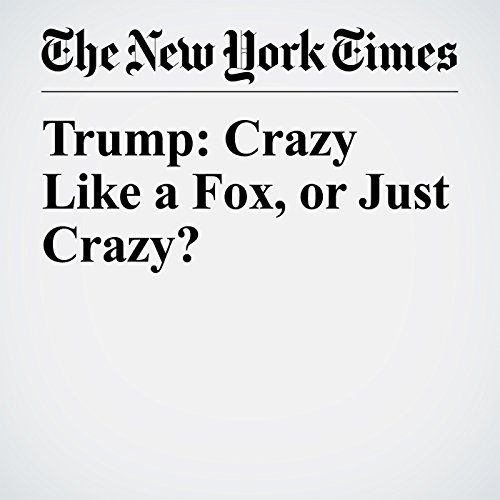 Has the first 100 days of the presidency made Donald Trump nuts?I don’t ask that question as a doctor. I don’t do medical diagnoses. I ask it as a newspaper reader. You read all of Trump’s 100-day interviews and they are just bizarre.Out of nowhere Trump tells us he would be “honored” to negotiate directly with the leader of North Korea, after weeks of threatening war. Out of nowhere he says he would consider a gasoline tax to pay for infrastructure. Out of nowhere he says he is considering breaking up the nation’s biggest banks. He also insists that his Obamacare replacement legislation contains protections for people with pre-existing conditions that it doesn’t.

"Trump: Crazy Like a Fox, or Just Crazy?" is from the May 02, 2017 Opinion section of The New York Times. It was written by Thomas L. Friedman and narrated by Keith Sellon-Wright.