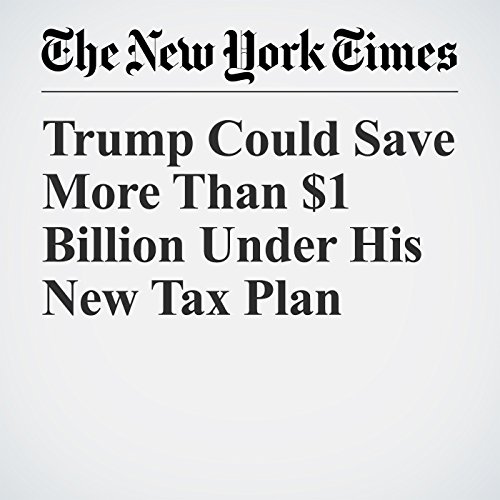 President Donald Trump could cut his tax bills by more than $1.1 billion, including saving tens of millions of dollars in a single year, under his proposed tax changes, a New York Times analysis has found.

"Trump Could Save More Than $1 Billion Under His New Tax Plan" is from the September 28, 2017 U.S. section of The New York Times. It was written by Jesse Drucker and Nadja Popovich and narrated by Mike DelGaudio.