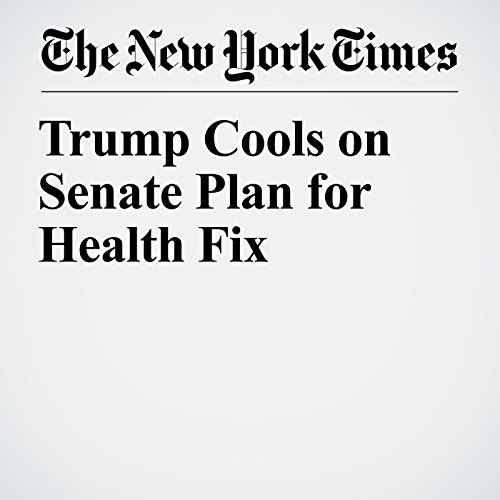 President Donald Trump on Wednesday backed away from his endorsement of a bipartisan Senate proposal to stabilize health insurance markets, throwing the legislative effort into doubt even as the chief architect of the deal predicted that it would become law before the end of the year.

"Trump Cools on Senate Plan for Health Fix" is from the October 18, 2017 U.S. section of The New York Times. It was written by Thomas Kaplan and Robert Pear and narrated by Keith Sellon-Wright.