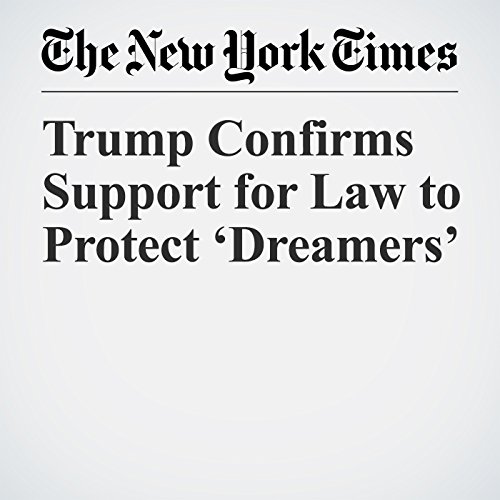 President Donald Trump said Thursday that he supports legislation that would protect young undocumented immigrants from deportation and would deliver a “massive” increase in border security — but not with a wall on the southern border.

"Trump Confirms Support for Law to Protect ‘Dreamers’" is from the September 14, 2017 U.S. section of The New York Times. It was written by Eileen Sullivan and narrated by Keith Sellon-Wright.