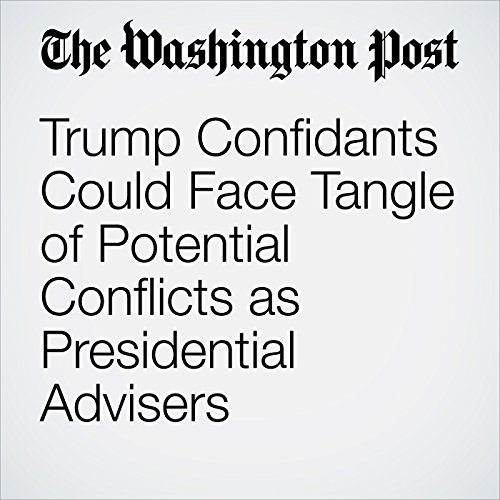 With confirmation hearings set to start for Trump’s Cabinet, ethics experts are voicing alarm about several other confidants of the president-elect — dubbed the “shadow Cabinet” by one — who might not be subject to such scrutiny and could face a tangle of potential conflicts between their personal interests and those of the public.

"Trump Confidants Could Face Tangle of Potential Conflicts as Presidential Advisers" is from the January 08, 2017 Politics section of The Washington Post. It was written by John Wagner and Ylan Q. Mui and narrated by Sam Scholl.