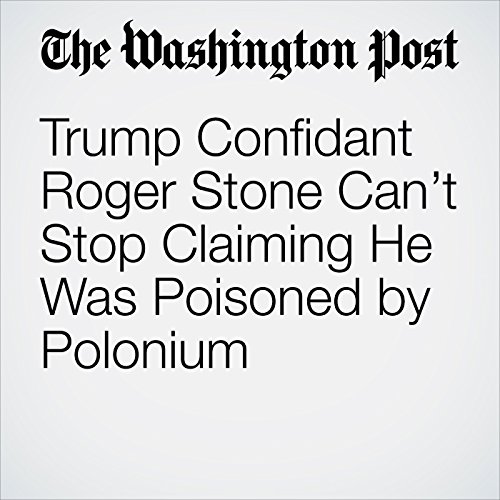 For more than a year, Roger Stone has asserted that he spent Christmas 2016 trying to survive an assassination attempt — most likely radioactive polonium poisoning — by someone trying to frame Russia.

"Trump Confidant Roger Stone Can’t Stop Claiming He Was Poisoned by Polonium" is from the April 07, 2018 Arts and Entertainment section of The Washington Post. It was written by Cleve R. Wootson Jr. and narrated by Sam Scholl.