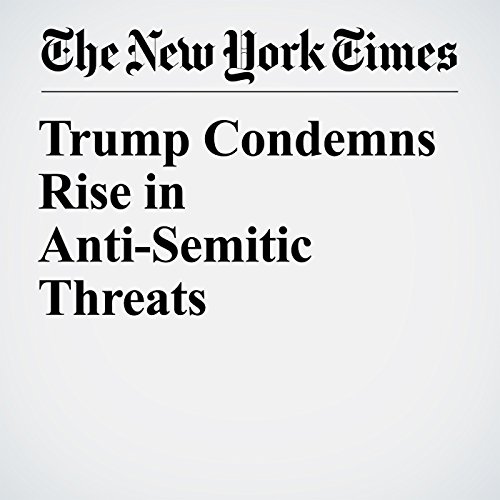 President Donald Trump said Tuesday that the rise of anti-Semitism in the United States since his inauguration was “horrible” and “painful,” reacting publicly for the first time to mounting threats targeting Jewish people and institutions after he drew criticism for being slow to condemn them.

"Trump Condemns Rise in Anti-Semitic Threats" is from the February 21, 2017 U.S. section of The New York Times. It was written by Julie Hirschfeld Davis and narrated by Kristi Burns.