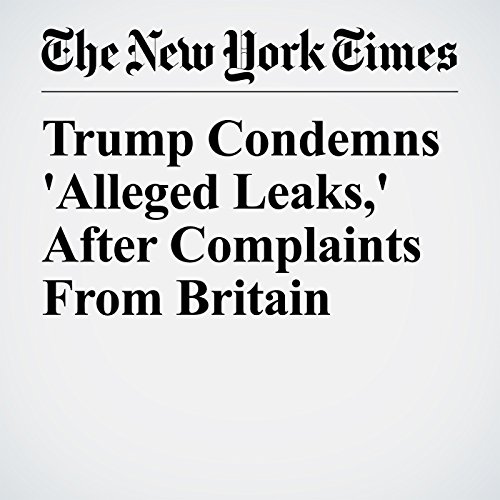 President Donald Trump on Thursday condemned “leaks of sensitive information,” responding to a complaint by Britain’s prime minister, Theresa May, over disclosures of forensic details from the investigation into Britain’s deadliest terrorist attack since 2005.

"Trump Condemns 'Alleged Leaks,' After Complaints From Britain" is from the May 25, 2017 World section of The New York Times. It was written by Michael D. Shear and Steven Erlanger and narrated by Kristi Burns.