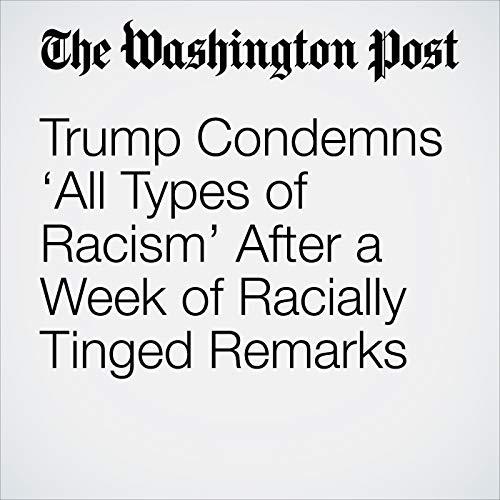 President Trump on Saturday condemned “all types of racism and acts of violence” on the first anniversary of the deadly white nationalist rally in Charlottesville, calling for the nation to “come together” after a week in which he stoked racial divisions with attacks on black athletes and other minorities.

"Trump Condemns ‘All Types of Racism’ After a Week of Racially Tinged Remarks" is from the August 11, 2018 Politics section of The Washington Post. It was written by Anne Gearan, Seung Min Kim and Josh Dawsey and narrated by Sam Scholl.