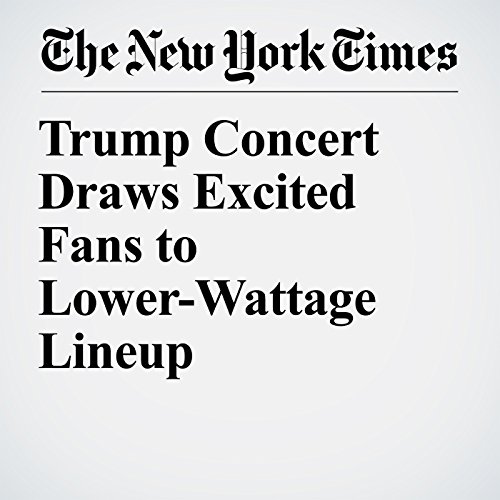 No Beyoncé. No Jon Bon Jovi. No U2. But no matter: For many of the thousands gathering at the Lincoln Memorial on Thursday afternoon for the preinaugural concert, the artists in the lineup were secondary to the chance to celebrate the coming presidency of Donald Trump.

"Trump Concert Draws Excited Fans to Lower-Wattage Lineup" is from the January 19, 2017 Entertainment section of The New York Times. It was written by Sopan Deb and Katie Rogers and narrated by Caroline Miller.