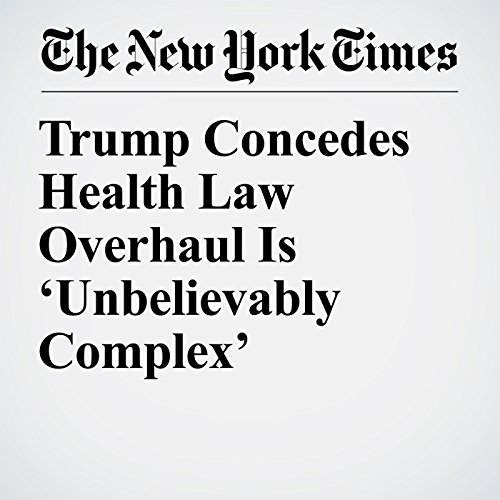 President Donald Trump, meeting with the nation’s governors, conceded Monday that he had not been aware of the complexities of health care policymaking: “I have to tell you, it’s an unbelievably complex subject. Nobody knew that health care could be so complicated.”

"Trump Concedes Health Law Overhaul Is ‘Unbelievably Complex’" is from the February 27, 2017 U.S. section of The New York Times. It was written by Robert Pear and Kate Kelly and narrated by Caroline Miller.