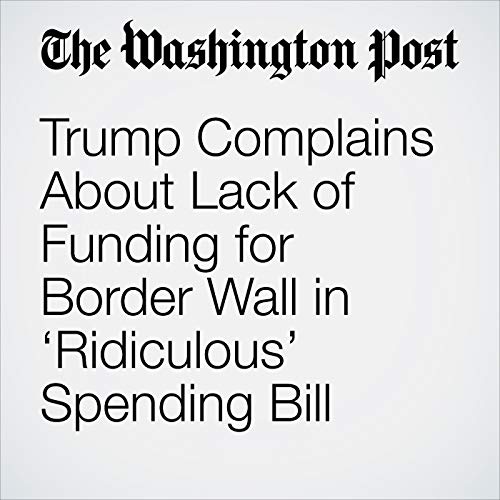 President Trump lashed out at congressional Republicans on Thursday, questioning their strategy of pushing off a messy fight over border wall funding until after the midterm elections in November.

"Trump Complains About Lack of Funding for Border Wall in ‘Ridiculous’ Spending Bill" is from the September 20, 2018 Politics section of The Washington Post. It was written by Damian Paletta and John Wagner and narrated by Sam Scholl.