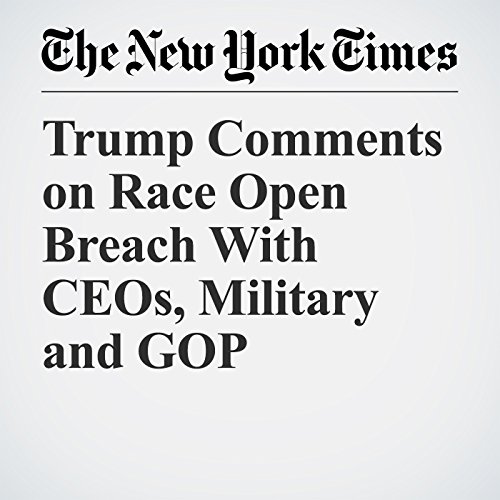 President Donald Trump found himself increasingly isolated in a racial crisis of his own making on Wednesday, abandoned by the nation’s top business executives, contradicted by military leaders and shunned by Republicans outraged by his defense of white nationalist protesters in Charlottesville, Virginia.

"Trump Comments on Race Open Breach With CEOs, Military and GOP" is from the August 16, 2017 U.S. section of The New York Times. It was written by Michael D. Shear, Glenn Thrush and Maggie Haberman and narrated by Keith Sellon-Wright.