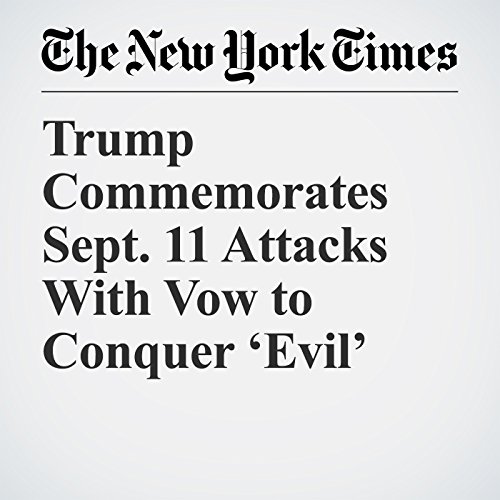 President Donald Trump led a national moment of silence on the 16th anniversary of the terrorist attacks on World Trade Center and the Pentagon on Monday, the first commemoration for a New York native who has described the destruction of the Twin Towers as a defining event in his political life.

"Trump Commemorates Sept. 11 Attacks With Vow to Conquer ‘Evil’" is from the September 11, 2017 U.S. section of The New York Times. It was written by Glenn Thrush and narrated by Kristi Burns.